Who we are
StrategicRelations is an exclusive corporate diplomacy consulting firm. It has an excellent network including former ministers of foreign affairs, business leaders, politicians and diplomats. StrategicRelations also draws on their experience and their network. 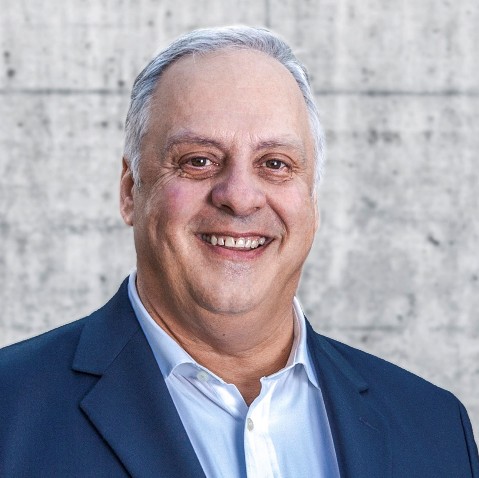 -
Jean-Luc Meier
Founder and CEO StrategicRelations
For more than twenty years now, he has positioned himself as an expert in corporate diplomacy. In this role, he advised ministers and other government officials, CEOs of multinationals, financial experts, analysts and top fund managers on international relations and strategic alliances with external stakeholders. He has also represented the interests of governments, organizations and companies and negotiated bilateral and multilateral cooperations for his clients.

He was also co-founder and co-managing partner of SES - Strategic Expansion Solutions, headquartered in Zurich, Switzerland and New York, USA. SES was founded in 2002 and is considered as the pioneer in corporate diplomacy.

Before becoming an independent entrepreneur, Jean-Luc Meier held various positions in the strategic area of ​​major banks in Switzerland and Germany.

One of his first consulting mandates was to set up the Contact Office of the Swiss Banks, where he actively participated in the strategic and logistical alignment. This office represented all banks based in Switzerland and dedicated itself to processing dormant accounts within Swiss Banks. Jean-Luc Meier has also assumed responsibilities in the communication with potential heirs, with organizations and with banks.
Another important step in his career was his appointment as "Corporate Ambassador", the official representative, of one of the largest economies in the world. Jean-Luc Meier has been entrusted with a plenipotentiary mandate and has been tasked with negotiating and concluding cooperation in the high-tech sector with governments and various organizations in Europe and Asia. The initiative was put in place by the California Department of Commerce, the US federal government's economic development agencies, and the Bay Area, Los Angeles and San Diego economic regions. He has achieved various bilateral and multilateral co-operations with EU Commissions and European and Asian governments.

He is on the Board of TGSV TriGlobal Strategic Ventures (Moscow, New York), on the Advisory Board of Naldera Advisory Services (Berlin) and Bontrebo AG and other financial and high-tech companies.

In 2014, Jean-Luc Meier was elected to the "Board of Directors" of the "World Federation of United Nations Associations" WFUNA (Friends).

He is also active in local politics, where he serves as a local council in his home community. 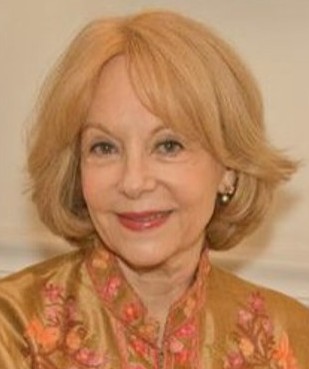 -
Nancy Prager-Kamel
Nancy Prager-Kamel, the company's exclusive alliance partner, was co-founder and co-Managing Partner of SES - Strategic Expansion Solutions. She has been appointed as Corporate Ambassador for the US Department of State in 2009 and as US National Commissioner for UNESCO in 2010.
Mrs. Prager-Kamel served as the CEO for multinational European Merchant Bank for which she created a registered Broker Dealer, a Public/Private Fund, multiple structured and alternative products; she advised and financed Venture Capital companies. Prior to this she was heading the Investment Banking business of US Securities and Trading, the largest Chinese owned global Broker Dealer in the USA.
Previously, as Managing Director she developed the Investment Banking Division for Bottom Line Financial Services and Wolfe Investment Group (the first woman owned Broker Dealer on Wall Street) where she advised on capital for public and private companies and served as a financial advisor for a joint venture with the largest Chinese pharmaceutical company.
She served on the steering committee for Tri State Ventures; a New York based Angel Investment Corp focusing on technology and healthcare. Mrs. Prager-Kamel sat on the Board of Directors of Select University Technology Inc., a holding group that develops University technologies into diverse technology companies, and was Chairman of the Board of four of their portfolio companies: Titan Folding Technologies Inc., Aqua Cool Inc., Mac Vision, and MTU Software Inc.
Mrs. Prager-Kamel has worked with Resource Recovery Associates Inc., one of the earliest companies to embrace environmental sustainable development, as Senior Vice-President, Business Development, with a seat on the management committee.
She was co-founder of Ark Development Group, a business development and financial Advisory Corporation, as well as the Boskoff-Prager Group, which brokered international global investment opportunities. She has also held the positions of Director - Business Development for a multinational Merchant Bank - Continental American Capital and Managing Director for Selby, an international industrial and marketing organization. She is experienced in financial services, global business expansion and strategic and structural development with business relationships in the European Union and the Middle East.
Nancy Prager-Kamel has been active in the UN advising Member States and entities on sustainable development and forming public-private partnerships. She has headed and served with many international NGOs and UN Agencies and was the UN Main Representative and member of the Board of Directors for Vital Voices Global Partnership. Concurrently she is on the Board of Governors for the Foreign Press Association focusing on the Scholarship Fund and the World Federation of United Nations Associations. She is Chairwoman of the Association and Club of the Foreign Correspondents Association in the United States.
Previously, Mrs. Prager-Kamel has been involved with the United Nations co-heading a Non-Government Organization, “World’s Children’s Day”, and in the capacity of board member, executive board member and vice-chairman for UNICEF (Metropolitan regional committee). Mrs. Prager-Kamel is/has been a director on several other boards including: Vital Voices Global Partnership, the Global Academy, Human Rights Watch (Tri-State Committee), Immigration & Refugee Services of America, the U.S. Committee for Refugees, Georgetown University, American Italian Cancer Foundation, Foreign Press Association etc. She is listed in “Who’s Who“,“ Who’s Who of Women in the World”, “Who’s Who of American Women”, “Distinguished Men and Women of the World”, “Who’s Who in the East”, “Who’s Who in the World”, “International Who’s Who of Professional and Business Women”, “Foremost Women of the Twentieth Century” and others.
Mrs. Prager-Kamel had an early career as a painter, exhibiting in Galleries and Museums worldwide. In this capacity she was a member of the Black Emergency Cultural Coalition, a group of multi-disciplined artists serving the New York Prison system. She also co-founded the first program for disabled children at the Metropolitan Museum of Art in New York and co-produced shows for their Costume Institute.
Nancy Prager-Kamel received a BA from Cooper Union, and additional degrees from Accademia de Belle Arte, Florence, Italy; she did her graduate program in Political Science at Maxwell School - Syracuse University.
Mrs. Kamel has been awarded the Grande Prix Humanitaire de France.

_
Vitaly Pruss
Founder TGSV
Mr. Pruss is responsible for steering and overseeing fund-raising efforts and managing day to day investment relations of TriGlobal Strategic Ventures. As Founder and Managing partner of a venture capital & advisory firm, TGSV, Vitaly collaborates with all types of private and publicly traded companies to ensure substantial returns and increased transparency between shareholders and management.
An effective investor relations liaison, Mr. Pruss has worked with client both large and small over the course of his many years in the industry. For the last decade, he has focused on international image development and financial strategy for international business leaders to improve their market potential and investment opportunities.
Mr. Pruss has successfully created and developed strategies for companies such as TransNeft, MMK, RosBusinessConsulting, SCM, InterRos, AFK Sistema and KAZ Energy among many others.
Mr.  Pruss was managing international private equity investments as well as real estate transactions. In addition to the above, he is currently active as advisor to Forbes & Manhattan, a leading private merchant bank with a global focus on the resource based sectors.